Receiving the Miracles - The Angel Awakening 11:11

GOD CONSCIOUSNESS Kimberly begins the event with a channeled introduction about her Near Death Experience (NDE).

Kimberly begins the event with a channeled introduction about her Near Death Experience (NDE). Kimberly gives an in-depth channel on living in the “3rd Dimension, while accepting all of the Dimensions, and being healed in the 12th Dimension (God Consciousness).” Kimberly will channel information about consciousness, the shifting of humanity, moving into 12D and eliminating spiritual warfare. Kimberly will channel teachings from the Holy Spirit and speak about how to live in a multi-dimensional world. You will learn spiritual tools on how we can empower ourselves against spiritual warfare by grounding ourselves and embracing the divine masculine and feminine God consciousness.

Kimberly demonstrates her unique mediumship by picking out several participants that are chosen through the Holy Spirit, and the angels, with the spoken word of the angelic realm. These individuals will be selected by the etheric angel sign language, using sound, hand gestures and sign language. Kimberly will do medical intuitive scans, laying-on of hands and/or surgical healing on several participants. You will witness miraculous healing of the 5th dimension. Kimberly has people from the audience come up to assist her in laying-on of hands. All participants will receive the power of this miraculous healing at the events.

Kimberly will also provide an in-depth channeling and instruction on how to deepen your connection to your own angel guides and the Holy Divine God Awakening, to assist into the 5th dimension and thoroughly dismiss negative energy off your body and teach you how to dismiss negative energy off others. This class will also awaken you to learn more about your angels, spirit guides and the meaning of the The Angel Awakening 11:11.

Kimberly being a Trance-Channeler kindly asks all participants to have your questions formulated in a ‘yes’ or ‘no’ format and will offer answers from her ascended masters.

Many individuals who are in need of physical or emotional help are encouraged to attend. We are non–denominational. Many chants and prayers are encouraged around the room. We believe this encourages the power of the divine healing of the 12th dimension. 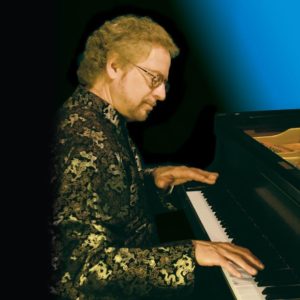 Steven Halpern is a Grammy nominated recording artist and visionary sound healer. He has been channeling healing music from the angelic realms since 1969, and his music is used by healers and individuals worldwide. He will accompany Kimberly’s meditations with music inspired by “Deep Alpha”, “Gifts of the Angels” and special music composed in harmony with the energy field of 11/11.

Kimberly is a Medical Intuitive, unique Trance Channel, Psychic Surgeon Hands-on Healer, and Spiritual Teacher with gifts of the Holy Spirit. With a growing worldwide reputation, Kimberly is a vessel for the healing energy of God, many ascended masters, Mother Mary and angels. With the holy spirit and angels flowing through her, Kimberly has healed and helped thousands of people. Tumors have disolved, hearing has been restored, cancer has been reversed, immobility has been corrected and the body completely rid diseases during healing events and private sessions with Kimberly through the Holy Spirit.

Kimberly often resembles a New Age “Mary Baker Eddy” and carries out her faith of Christian Science views. Recently documented blind scientific studies, which Kimberly has undergone, proves that God is meeting science. Kimberly was recently invited to undergo testing with Dr. Norm C. Shealy, a neurosurgeon with over 45 years of working with spiritual healers and the founder and CEO of the American Holistic Medical Association. The proof is in the testing. The results were profound.

“When you see a notice of an event hosted by Angel Kimberly Meredith, realize that this is an invitation to participate in something truly extraordinary… to be in a force field/vortex of intense Divine Love and Power that will stay with you and enrich your life in an ongoing increased awareness of Divine Angel Presence. Amen.”

“You scanned my body & discovered that I had breast cancer, among other issues. Which was correct you blinked in my left breast. You did a healing session on me. After the session I felt much lighter & a surge of energy. I released a lot of anger & rage that I had been carrying and fear. I went to my oncologist about two weeks later. They did a scan on me & some blood test. The cancer is no longer detectable in my body! I’m happy that I met you & I’m grateful for the gift. Thank you and God bless you!!!”

Kimberly’s privates sessions are sold out as of now. Please check back and see if any open up. Thank you!

Purchase a ticket to the spectacular healing event on 11:11 right here