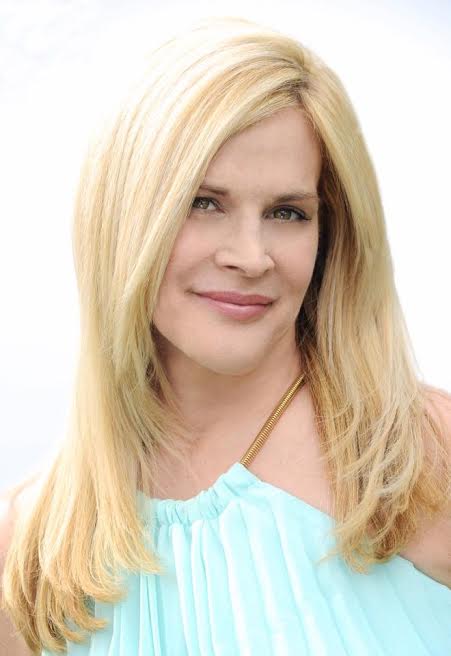 Kimberly Meredith is the founder of The Healing Trilogy, a non-denominational ministry that welcomes and accepts people of all race, religion and spiritual beliefs. We truly honor and respect every living soul.

We believe that God is Love and by accepting the power of our higher consciousness, we can be healed and have peace on earth.

Kimberly’s Shaman lineage dates back to her maternal great-grandmother, Josephina, who initially practiced shamanic healing in Italy. She later settled in Jamestown, New York where her work was highly respected.

As a Trance Channeler with a growing worldwide reputation, Kimberly is a vessel for the healing energy of God, the Holy Spirit, many ascended masters, specifically Mother Mary and angels. With this love and light-filled energy moving through her body, she combines prayers, chanting and the activation of light energy to awaken the spirit within and stimulate healing energies that lead to effective results.

Kimberly’s spirit guide is Edgar Cayce, the father of holistic medicine, a Medical Intuitive and the most documented psychic of the 20th century. Edgar is guiding Kimberly to carry out his work in holistic medicine and push God’s presence to the forefront. Kimberly often resembles a New Age “Mary Baker Eddy” and carries out her faith of Christian Science views. Recently documented blind scientific studies that Kimberly has undergone proves that God is meeting science.

The basis of her work revolves around the simple concept that anger and negative energy causes disease.  The 3rd Dimensional DNA particle of anger can enter into everything we touch, including food and water.

God is energy. It is only through the energy of love and light that the body can heal. We all have the ability to tap into this energy by surrendering into the Holy Spirit 5th Dimensional consciousness. This is when the miracle happens and then we can be healed.

Kimberly Meredith was born in Lynwood, California and at the age of five she displayed some gifts. She was teased at school for having an extreme amount of lines on the palm of her hands, and none of the children wanted to hold her hands. She shyly explained that she had been reincarnated and “God simply forgot to give her new hands.” This story caused an upset with the adults around her at school, and her mother reprimanded her never to speak of this again. Her mother was also confused about how Kimberly knew what that meant.

Throughout her life, Kimberly exhibited many psychic abilities and had many paranormal experiences due to her sensitivity as an open vessel. She was also a firm believer in God as a young girl, which helped her overcome many adversities and abuse in her early years. She grew up in a diverse household with Judaism and Catholicism. She often walked herself to church alone as a child and also grew up going to synagogue every Friday.

Kimberly had an exceptionally close relationship with her paternal grandmother, Bernice. When Kimberly was only two months-old, a family friend mentioned how she was such a pretty baby and gifted her with an unusual Vietnamese name, “Chon.” All of the family and friends called her “Chon.” Her grandmother, Bernice, called Kimberly “Chon” until her death. For many years Kimberly believed “Chon” meant “pretty baby.” Years later, after her divine invention, her Reiki Master told her “Chon” meant “God” in Vietnamese. Grandmother Bernice had been unknowingly calling Kimberly “God” all of those years.

Kimberly displayed some abilities as a young child. In 2012, Kimberly was struck by a car while on foot. As a result of the accident, she experienced two near death experiences. She was in the hospital for two months.  It was uncertain if she would walk again.

Upon returning home from the hospital in a wheel chair, Kimberly was immobile, in extreme pain and had a brain concussion. She was in a neck brace, unable even to hold her head up. Facing unbearable amounts of pain, in hopes of healing her cervical neck injuries and jaw, she began using a cold laser machine sent to her by her uncle. Every doctor discounted any hope the laser would help her.

However, Kimberly decided to throw all of the pain pills away and give 100% of her faith in God to her healing! The laser finally began to generate new tissue; bones in her neck and jaw. This success prompted her to get her license as a laser therapist.

While Kimberly was at home healing, a friend facing his own rotator cuff tear (shoulder injury) came to visit her. He asked Kimberly to try the laser on him. He commented how her hands felt hot and had a healing effect on him. Her laser ended up healing him fully in only two sessions. He shared his success down at Gold’s Gym in Venice Beach. Afterwards she repaired the Achilles heel of a prominent trainer with only one session with her bare hands, the laser and chanting prayers. The word of her healing ability spread like wildfire. His doctor was shocked with the results. Plans for surgery on his Achilles heel were cancelled.

Kimberly suddenly had 200 people literally lined up at her home!

This laser proved to be more than just a gadget; in Kimberly’s hands it can become a conduit for God’s energy. With her wheelchair in the corner, she stood on her feet to heal people all day long. More healing gifts began unfolding rapidly. She never advertised and worked from her living room. Within six months, she also became a Reiki master and more energetic abilities emerged. People came from all over to see her, including many holistic practitioners and people in spiritual groups.

About a year later, another shift took place and Kimberly began to channel while removing energies out of people’s bodies. Her ability to channel became stronger. She began having rapid eye movements and scanning abilities, her blinking eye lids informing her of the presence and absence of physical conditions. Her eye lids let her know when a disturbance has been detected within a person’s body.

While her hands are on the person’s body, she receives information intuitively and through blinking of her eyes, information similar to what an MRI or X-ray would reveal. In this way, she is also able to detect trapped emotions and negative energies encapsulated in the body. She is a true medical intuitive.

Since then, Kimberly’s gifts have rapidly emerged and continue to lead to many miraculous healings.

With gifts of the Holy Spirit, Kimberly’s hands guide her blinking eyes while she acts as a human MRI/X-ray and scans the entire body to find negative energy and disease. During the scan, she has the ability to find trapped emotional pain encapsulated in the body and can detect any traumas the body has suffered from birth up until the present. When everything is well in the body, the left eye blinks. When the right eye blinks, there is a problem within the body. Both of Kimberly’s eyes will blink simultaneously when all is in spiritual and physical balance within the body.

At healing events, Kimberly is guided to those who are chosen to receive healings.  These individuals are selected by the etheric angel language and angelic hand gestures. If Kimberly’s teeth chatter, it could mean extreme pain is felt within the body or she will tap on her palms how many years since the person had a devastating injury. From these signals, she will know that is the person God, the angels and her guides have selected.

Through the sign language ability of her hands in motion and her blinking eyes, along with the permission of the client and acceptance of the Holy Spirit, she receives messages from God and the angels to assist you in completely resolving lifelong trauma.

Through surgical hands-on healing and/or laying on hands, she has removed tumors, restored hearing, cured cancer, corrected immobility and completely rid the body of dozens of different types of diseases during healing events and personal sessions. Kimberly has healed and helped thousands of people through the Holy Spirit.

Kimberly is a spiritual activist and believes in order to receive the energy of God’s love, you truly need the commitment of having both feet in with God. The image of one foot in and one foot out leaves room for a person to be an open vessel for negative energy to enter. Permanent healing involves committing to the loving energy of Christ light and God with BOTH FEET IN.

Kimberly is a true faith healer with a miraculous gift that honors all people of all faiths.

God is not religion. God is love. We honor all people and faiths.