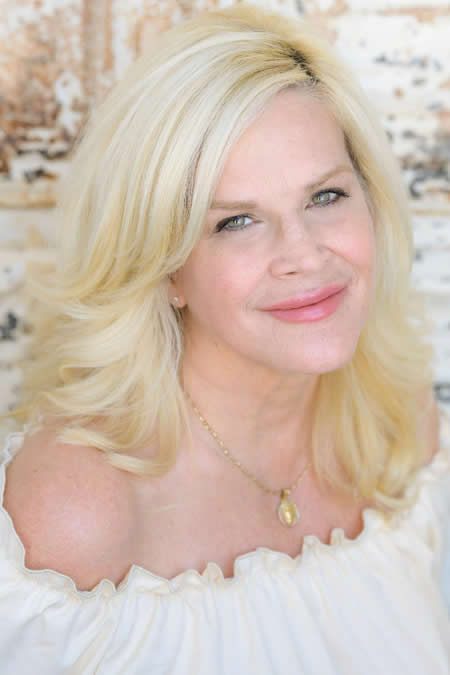 Kimberly Meredith is a Medical Intuitive, Trance Channeler, Psychic Surgeon, Hands-on Healer, and Spiritual Teacher. After two Near Death Experiences (NDEs), Kimberly experienced an incredible encounter with God and received miraculous healing gifts from the Holy Spirit. Blessed with a unique array of extraordinary healing and psychic abilities, Kimberly is quickly gaining recognition as one of the world’s most gifted Medical Mediumship Healers and foremost Spiritual Speakers. Kimberly channels messages through her eyes’ blinking codes as a tool of communication from God, Mother Mary, Ascended Masters, and Angels. Kimberly is often compared to Edgar Cayce, the Father of Holistic Medicine, a Medical Intuitive, and the most documented psychic of the 20th Century.

Through her healing mediumship and blinking eyes, Kimberly is directed by God to perform laying-on of hands or psychic surgery. She can “scan” or see into the body faster and more accurately than the fastest MRI and thermography machines. Kimberly has healed and helped many thousands of people, removing tumors, restoring hearing, curing cancer, correcting immobility, and completely healing people of many types of physical and emotional disease through the Holy Spirit. Kimberly leads miraculous worldwide healing events during which many are healed.

To better understand her abilities, Kimberly was recently invited to undergo testing with Dr. Norm C. Shealy, founder of the American Holistic Medical Association, and a neurosurgeon with over 45 years spent working with spiritual healers. The proof is in the testing. The results were profound. Dr. Shealy’s tests of Kimberly recorded her ability to heal even through walls. Dr. Shealy concluded that Kimberly appears to emit scalar energy, a unique type of energy associated with genius inventor Nikola Tesla. In 2017, Kimberly was selected by PsyTek Subtle Energy Laboratory and Research Facility to undergo ongoing tests to further understand the inner workings of her talents. In 2019, Kimberly was invited to be tested at the famed IONS Institute of Noetic Sciences, founded by Apollo astronaut Edgar Mitchell and headed by the eminent scientist Dr. Dean Radin. After participating in multiple double-blind scientific studies, Kimberly’s healing abilities are beginning to reveal the convergence of God, Spirituality, and science.

She is also a highly-regarded frequent guest on numerous nationally-syndicated radio shows and podcasts, where she demonstrates her healing Medical Mediumship for people listening around the world. Many have been healed simply by listening to the sound of her voice on radio and Youtube.

Sign up for our online events, expos, festivals, workshops in your area, and newsletters from Kimberly and receive “Healing with Spirit with Celebrity Medium Thomas John and Medical Intuitive Kimberly Meredith” Replay from January 7, 2021 absolutely free.

I advise celebrities, CEOs, and Olympic level athletes all over the world. Check out these resources to learn more about what I can do for you.

This new video gives you a complete experience in the mediumship, science medical field. It gives countless complete testimonials of My work through The Holy Spirit. 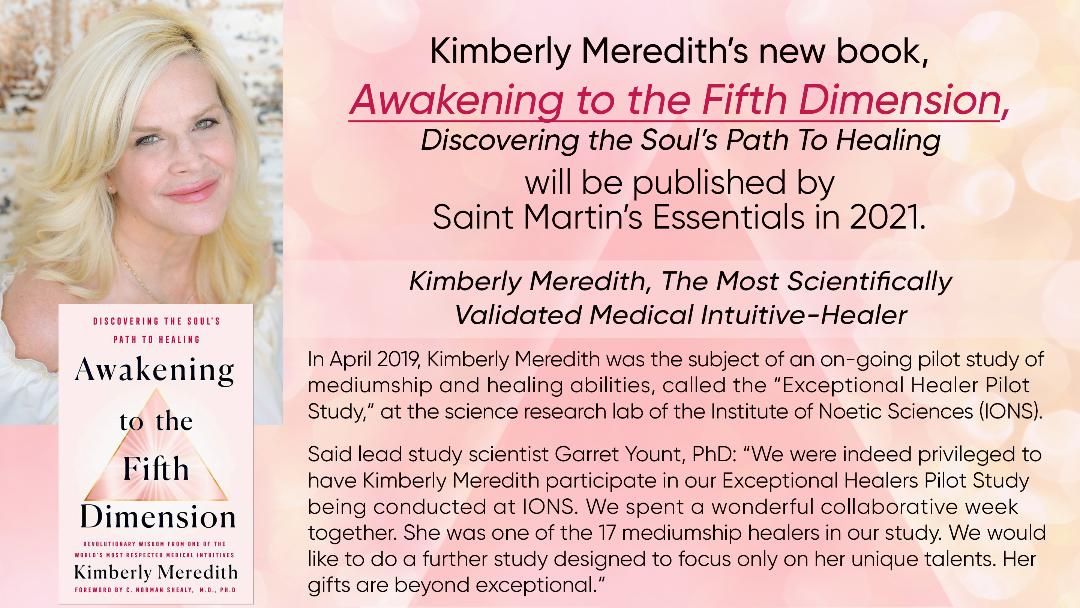 “Creating the 5D Within You”

How to live more deeply, passionately and fearlessly

When you add your name to the book notification list…

Kimberly is offering you this exciting free gift of a 4-hour (total), 2 part class to help you awaken to the 5th dimension.

To be eligible for this presale offer, simply add your contact details to our official book notification/presale list, and you will be notified via email when the book becomes available for sale. Come join us!  Reserve your place for this exciting class now! 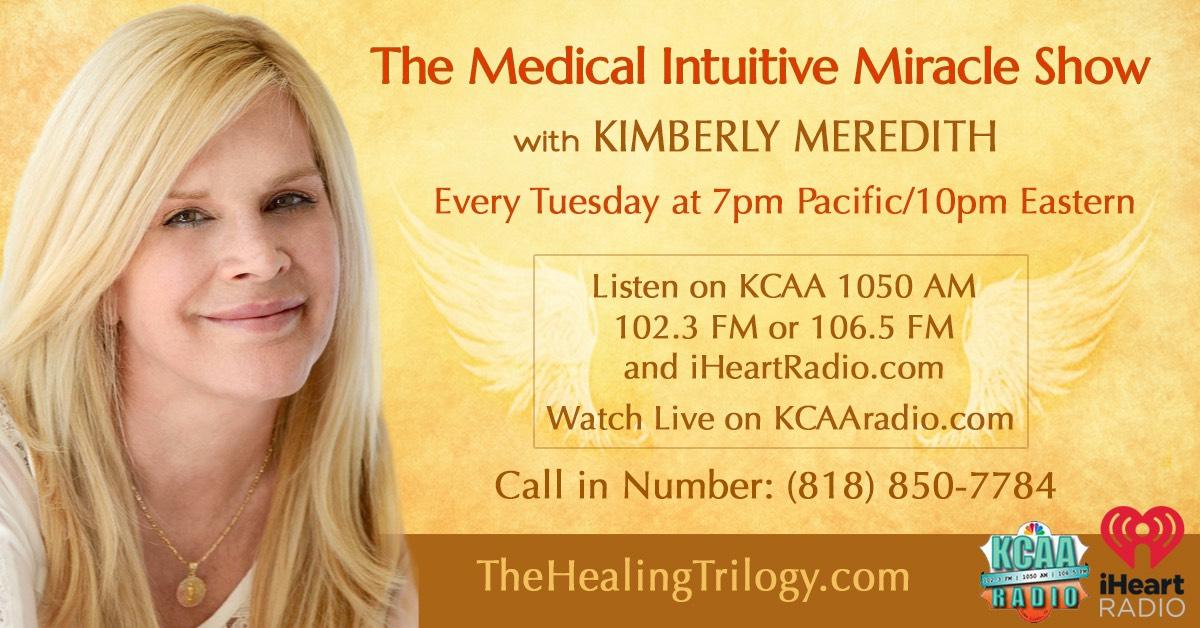 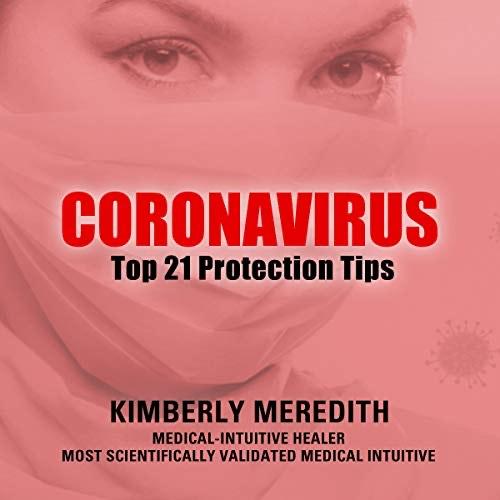 Coronavirus: Top 21 Protection Tips provides easy-to-use techniques that will reduce your chances of getting the virus. The book also contains tips for strengthening your immune system so that in the event you do contract the virus the impact will be less severe. Author Kimberly Meredith is a Medical-Intuitive Healer. She has healed thousands of people from viruses and illness much more severe than the coronavirus. Her methods are not approved by the American Medical Association and we encourage anyone with a medical condition to seek the advice of their medical doctor.

Kimberly has been tested by a number of scientific organizations and the results of her nontraditional healing have been confirmed. Scientific studies indicate she may be the most powerful intuitive healer on the planet at this time. Kimberly believes in prevention, provides tips on diet, and synthesizes the health tips provided by other healers and medical professionals.

LISTEN TO THE RECORDING HERE 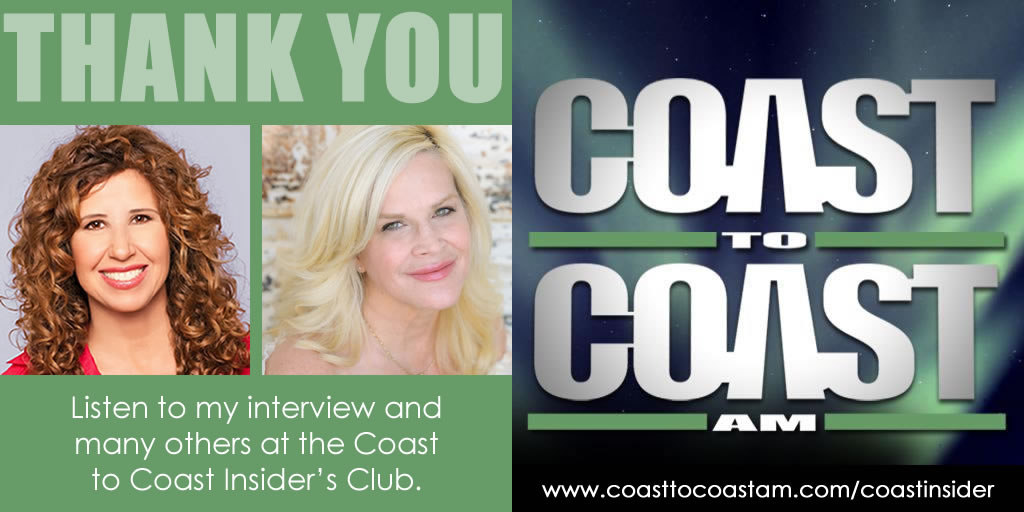 You can now access many of Kimberly Meredith’s miraculous healing events on an a la carte basis. Past events are available on-demand for instant viewing in the Kimberly Meredith On Demand Library.

Learn More About On Demand

I’m thrilled to announce the grand opening of Kimberly Meredith’s Angel Club! My new membership program grants you complete and exclusive instant access to my live events as they happen!

…In her new book, Kimberly shares how readers can come into a whole new state of awareness, explores her near death experience and spiritual awakening, as well as health, wellness, and case studies of miracles.

Returning to the Light: A Medical Intuitive’s Special Gift of Healing

…At the early age of three months, my eyes were noticeably blinking. My grandfather followed me around taking photos. At seven, I laid my hands on various animals and experienced their recovery from illness and injury. I also noted my hands were different…

The MetroSpiritual: Use your aura to generate positive energy

…I decided to reach out to a well-known spiritual healer with a solid track record, Kimberly Meredith. As a medical intuitive, when she puts her hands on a person’s body she is able to detect trapped emotions and negative energies. She directs light energy… 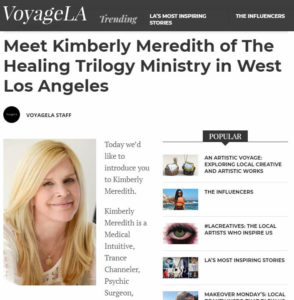 …Today, we’d like to introduce you to Kimberly Meredith. Kimberly Meredith is a Medical Intuitive, Trance Channeler, Psychic Surgeon, Hands-on Healer, and Spiritual Teacher. Blessed with a unique array of extraordinary healing and psychic abilities… 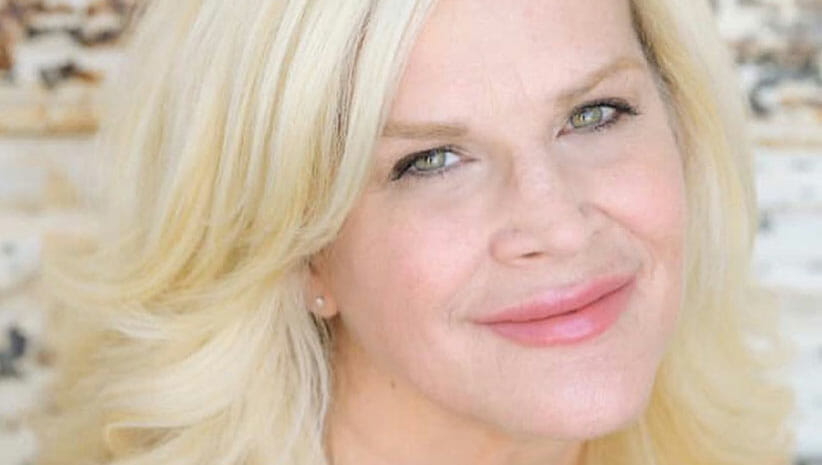 “I don’t believe in anything you do. But I’ve been healed today.” Medical Medium, Gifted Initiative, Energy Healer, and Spiritual Teacher Kimberly Meredith has received letters from more than one person with this kind of sentiment. Yet she also receives testimonials from people who do believe. The manifestation of Kimberly’s work has nothing to do with belief and everything to do with what is truly real.

Kimberly has welcomed multiple opportunities to have her abilities tested including participating in double-blind studies. Organizations who investigate energetic phenomenon have verified her talents including Dr C Norman Shealy, founder of the American Holistic Medical Association, PsyTek Subtle Energy Laboratory and Research Facility, and the IONS Institute of Noetic Sciences (spearheaded by Apollo astronaut Edgar Mitchell and Dr Dean Radin). She enjoys reading people she’s never met on a radio show, or walking into an audience of hundreds of people, where she can scan those attending.

Numerous events in Kimberly’s life foreshadowed her medical talent as a medical intuitive. These include a family shamanic lineage to psychic abilities, energetic sensitivities that showed up during childhood, and a near death experience at the age of nine. In 2012, a car accident, another profound near death experience, and a long and intense recovery led to Kimberly using a number of tools on herself, including earning certification for a cold laser machine, her study of Reiki, and her ability to channel her faith. Friends asked for and received healings. 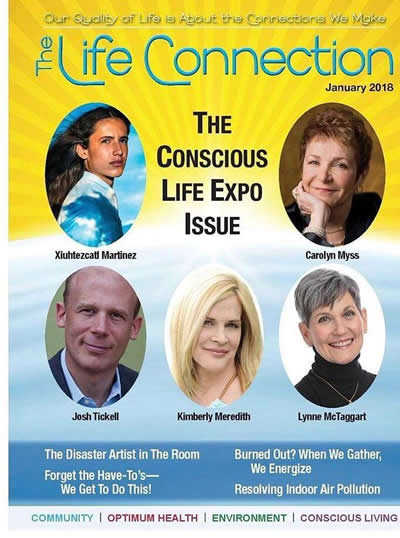 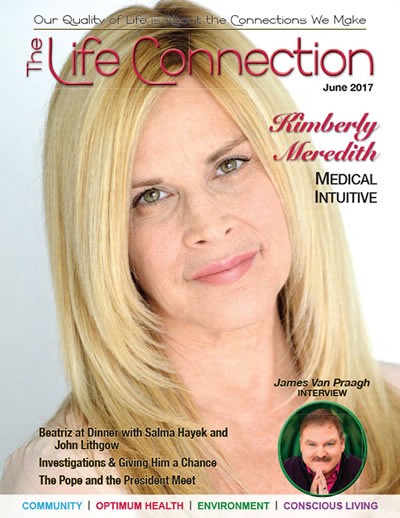 With Kimberly Meredith – Medical Intuitive Who Channels The Holy Spirit 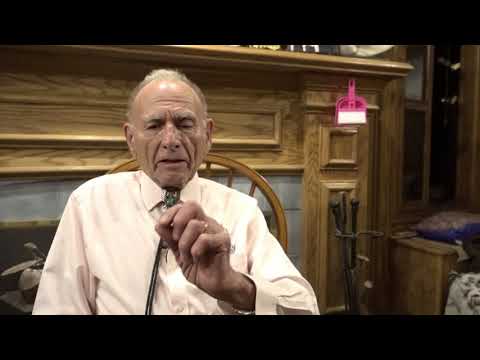 C. Norman Shealy, MD, Ph.D. is a neurosurgeon, psychologist, and founding president of the American Holistic Medical Association. For over three decades, Dr. Shealy has been at the forefront of alternative medicine and alternative health care. As the inventor of the TENS machine, and other innovative discoveries in medicine, he has published more than 300 articles and authored more than 24 books.

"There's no question the EEG changed abruptly, during our testing and to me this shows that Kimberly is among other things, almost-certainly focusing scalar energy. I don't know anything else that could travel through a wall and that fast.” 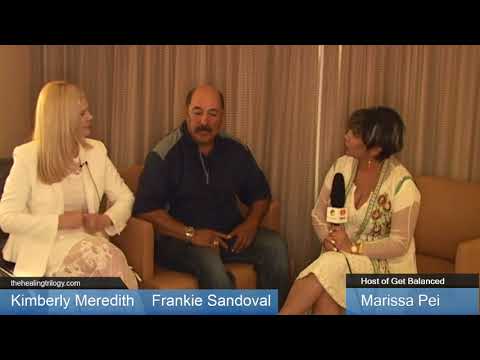 This is an interview that took place at the Conscious Life Expo in Los Angeles in January 2018. In the interview conducted by UBN Radio's Dr. Marissa Pei, former Dodger baseball player Frankie Sandoval and Kimberly Meredith, his medical intuitive healer who helped him go from stage III Colon cancer to City Of Hope verified cancer free, discuss the process and experience of healing through The Holy Spirit.

"When I first saw Kimberly, my angel, it was one month from being diagnosed with 3rd stage rectal cancer...She laid her hands on me and prayed...The doctors were amazed by my recovery...I am healed! Thank you...”

The Goddesses of Liberty, Justice, Freedom, And O

Kimberly Meredith, one of the world's most respect

Since my near death experiences, the last few year

You are graciously welcome to join this Coming Sat

Hello friends. God Bless You! I've had a beautifu

I'm thrilled to announce my book Awaken to the 5t

Kimberly Meredith, the most scientifically valida

Miracles Happen! What happens when a worldfamous M

We are in need of God’s Love! The Peace deep wit

So many miracles! Our hearts were filled with love

Check out My interview on this podcast: Front & Ce

What the caterpillar calls the end of the world, t

Sign up for my various online events, expos, festivals, workshops in your area, and newsletters. You will receive the "Healing with Spirit with Celebrity Medium Thomas John and Medical Intuitive Kimberly Meredith" replay from January 7, 2021 absolutely free.

Thank you for your interest in joining the mailing list. Please be on the lookout for a confirmation email. Once confirmed, you will receive the link to the free gift and will be subscribed.