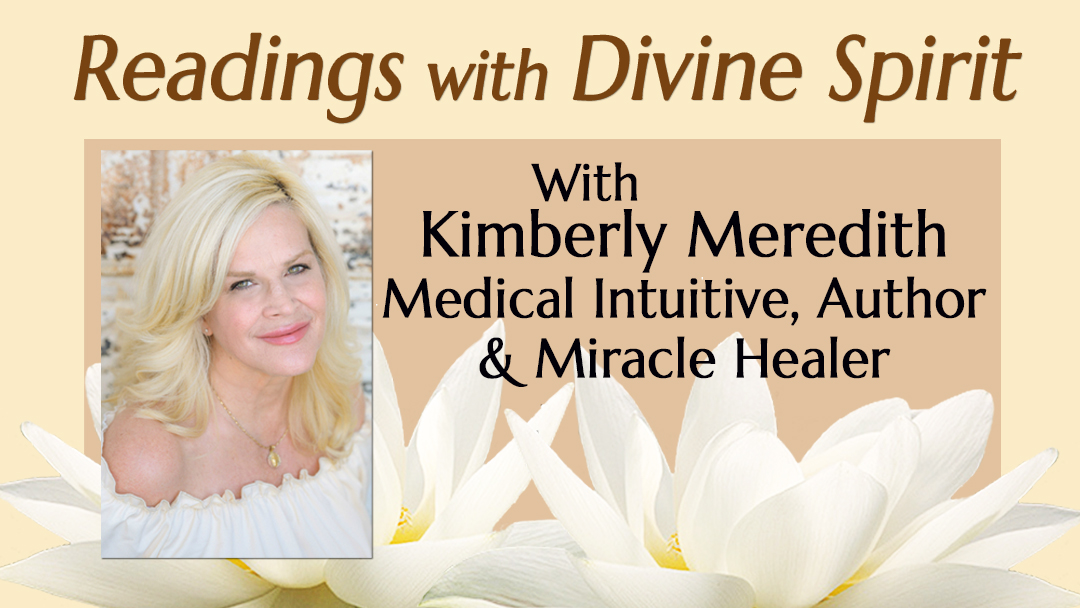 Kimberly’s Guides will select multiple attendees to receive medical mediumship health readings for all manner of medical conditions, both physical and emotional. Kimberly will be delivering messages from your loved ones who have crossed over.

Kimberly and her Guides will then create a 5th-dimensional healing grid, supercharged by Christ Consciousness and the sacred Feminine Divine energy, calling in Divine healing through miraculous prayers to bring powerful healing energy to benefit you and all attendees!

Kimberly will also welcome your questions regarding consciousness and how to elevate yourself into the 5th dimension.

This powerful interactive online healing event will surround and penetrate everyone in attendance within a 5th Dimensional healing grid supercharged by Christ Consciousness.

We look forward to welcoming you to this amazing healing mediumship event!

Replays will be available.

Kimberly is a world-renowned medical medium, healer, and speaker.  With her remarkable abilities, she has helped thousands of people and animals to improve from all manner of medical and emotional conditions by calling in the Divine and Christ Consciousness.  Kimberly can also connect with those who have crossed over to bring messages to the living.

Kimberly also possesses the ability to emit healing Scalar energy – even through walls – as measured by Dr. Norm Shealy during scientific testing to validate Kimberly’s abilities.  She has also been tested by the PSYtek Subtle Energy Laboratory and at the famed IONS Institute of Noetic Sciences, founded by Apollo astronaut Edgar Mitchell.

Kimberly has recently been a guest on Wake Up With Marci -WLNY CBS TV, The Donna Drake Show-Syndicated, Carlos & Lisa Show -Beond TV, Coast To Coast AM with George Noory, The Aware Show, Melissa Billie Clark Show and more. She has also been featured in dozens of magazines including recent issues of Preferred Health Magazine, The Eden Magazine, The Edge Magazine and Women Fitness. She has also been a featured keynote speaker at various major expositions.

To order Kimberly’s new book, or for more information, please visit her website.

Kimberly Meredith offers many individually personalized services for adults, children and animals both in person at her Los Angeles office and on Skype.

For more information on Kimberly Meredith: