MAY 4 MIRACULOUS AWAKENINGS WITH KIMBERLY MEREDITH 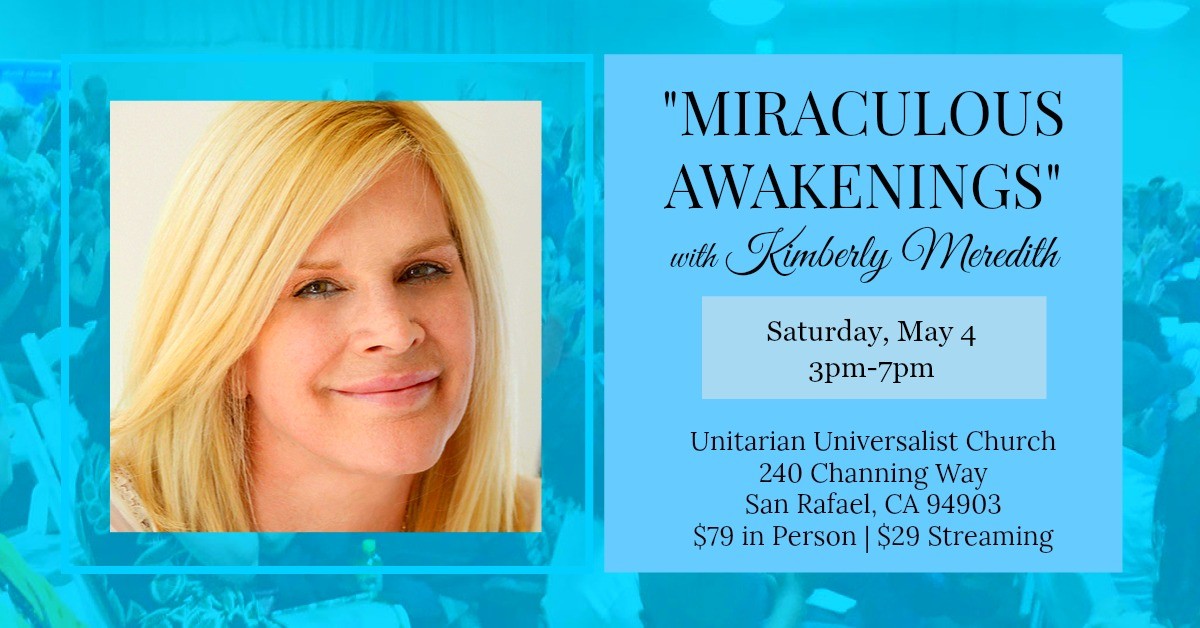 Kimberly will be Divinely Guided by the Holy Spirit into the audience to select several individuals for a medical intuitive scan, revealing many diseases, emotional traumas, unusual conditions, past and present, followed by laying-on of hands and/or psychic surgery. Spirit will select many individuals to join Kimberly on stage to assist her in laying-on hands. By praying for others, and witnessing their healings, you too can be healed.

Kimberly will be guided to lay hands on each person with chants and prayers so you may receive this powerful Shaktipat energy and transformation.

So many have been asking me about Ormus, a specially-created cream that promotes healing, and with which many of my clients have experienced good results. Great News! I’m happy to announce that *everyone who comes to any of my my Spiritual Services can receive an anointing of Blessed Ormus Cream!*