The healing trilogy team proudly offers a variety of special, seasonal and themed services throughout the year to which you are warmly invited to attend. We are so

The healing trilogy team proudly offers a variety of special, seasonal and themed services throughout the year to which you are warmly invited to attend. We are so excited to ring in the holidays with you and celebrate. We truly are grateful for the Love of the Holy Spirit and look forward to seeing you soon.

Please join us with special musical artists… during the Holiday Season and Winter Solstice.

Toys for Tots drive for Holidays

Bring a toy for a child and bringing happiness to their lives is a great joy to The Healing Trilogy. We thank you and Appreciation giving to the drive.

As a member of respected rock bands Crowded House and Supertramp, Mark Hart has established himself as a gifted multi-instrumentalist. For more than two decades he has contributed his talents to such critically acclaimed albums as Crowded House’s “Woodface,” “Together Alone,” “Time on Earth,” and “Intriguer” as well as Supertramp’s “Free as a Bird,” “Some Things Never Change” and “Slow Motion” (which he co-produced). He has also played with Ringo Starr’s Roundheads since 2005. He can be seen in Ringo’s PBS Special ’Soundstage’ at the Genessee Theatre from 2007.

Mark has two solo records: Nada Sonata from 2002 and The Backroom from 2014. He has also scored several films: “The World’s Greatest Gunfighter”, “Life Among the Cannibals” and “Mockingbird Don’t Sing”. He is currently scoring the soon-to-be-released film “Smalltown, Wisconsin”.

Jon Cornell is a new addition to our musical lineup. He is a bass player with the Saturday Night Live Band among other renowned bands and has performed in countless world tours

Ryan has been an established recording and touring drummer for over 20 years. He has worked with many acclaimed artists, including  Matchbox 20. He recorded and toured the world for their album, Exile on Mainstream. Ryan is a founding member of the Boston based trio, The Push Stars. Ryan has recorded and toured many albums with the band since 1995. The band has had many songs featured in film and television. Ryan has had the pleasure of recording and touring with Tonic, Philip Sayce, Pearl Aday, and others. His drumming was also featured on the song “Wrench and Numbers” in several episodes of the FX Television series, Fargo. Ryan is currently touring with Pearl in support of her new album, Canyon and Country Revelry. The band is scheduled to play the Woodstock 50 festival in August.

When Ryan isn’t drumming, he is spending time with his family, providing Cranial Sacral massage therapy or baking sourdough bread.

Steve Dempsey musical composer was first introduced to the piano when he was about 4 or 5 years old and instantly felt a special bond and calling to play music. He enjoys composing his own music and feels the influence from all genres and styles.

Inspired through the Holy Spirit, readings, prayers. Everyone receives laying on hands teachings and divine blessings of Mother Mary. This is a very special event at which everyone can receive a miracle healing.

All donations greatly appreciated as we are a non-profit Organization. Everyone deserves love, hope, and encouragement.

Thank you for helping our mission.

*Accessibility: Those with mobility concerns can be safely dropped off at the church, where there is a wheelchair ramp.

Everyone attending receives free covered parking at the UCLA hospital parking structure near the Church, compliments of The Healing Trilogy. It’s just a quick 4 minute walk. Ask the attendant at the entrance of the parking structure for a free parking pass. They can also point you toward the Church. DO NOT PARK ALONG ANY SIDE STREETS. YOU WILL BE TICKETED. 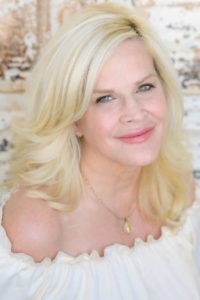 Kimberly Meredith is a Medical Intuitive Healer. Blessed with a unique array of extraordinary healing abilities. Kimberly is quickly gaining recognition as one of the world’s most gifted Medical Mediums and foremost Spiritual Teachers.

Kimberly had a NDE in 2013 after a car accident has been guided by the Holy Spirit through her eyes’ blinking eyes using codes as a tool of communication from God, Jesus, Mother Mary, Ascended Masters, and Angels. Kimberly is often compared to Edgar Cayce, the Father of Holistic Medicine, a Medical Intuitive, and the most documented clairvoyant of the 20th Century. “Extensive scientific testing has confirmed Kimberly’s extraordinary healing abilities.”