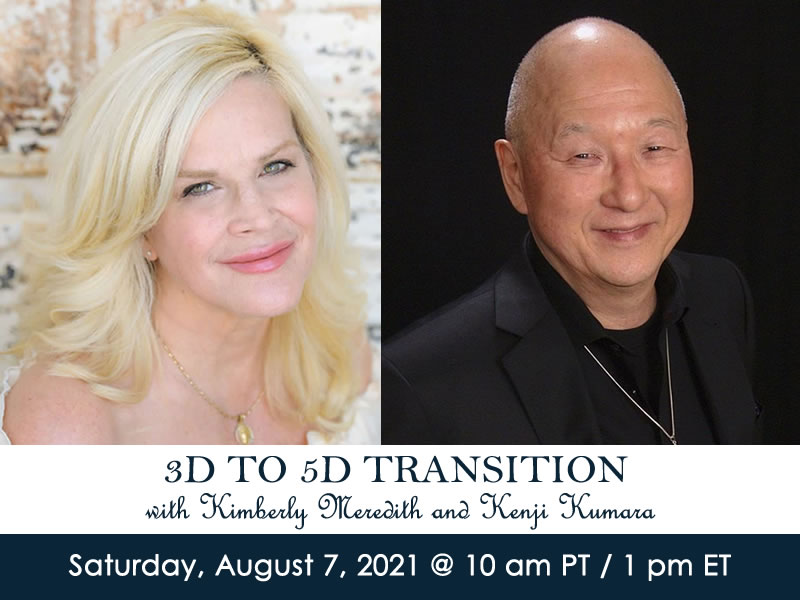 A phenomenal shift is happening, the consciousness of the Gaia is taking place which we all can witness. At the start of 2012, the 5th density gave birth

A phenomenal shift is happening, the consciousness of the Gaia is taking place which we all can witness. At the start of 2012, the 5th density gave birth to a New paradigm. The collapse of the old reality has begun already, the 3rd Dimension. The increasing urgency for the new Dimension for The 5th Dimension is Here .

Join Kimberly and Kenji for two hours of Meditations and activations that will transform your 5D cosmic self.

Let go of your 3D limitations and and embrace what is your Divine Destiny. We are both excited to help you live more in The 5th Dimension.

Kenji’s talk will be on the importance of aligning with and embodying 5th Dimensional consciousness and awareness in your body. Earth Changes and what is means for humanity and the evolution of consciousness. Kimberly’s will be about bringing in the Divine Goddess healing energy to awaken your inner soul and connect you in 5th Dimension love.

We look forward to welcoming you! 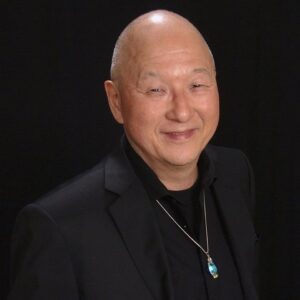 A Japanese-American born in Berkeley, California, Kenji Kumara is at heart an esoteric philosopher and one who studies the “Science of the Soul.”  At age 5, Kenji first asked his mother, “Who Am I?” — and thus began his search for the meaning of his destiny.

Kenji Kumara is recognized world-wide as a spiritual catalyst and is the creator of Quantum Lightweaving. He serves as a “channel-holder and initiator” of expanded awareness, providing a vibrational space for one’s awakening, self empowered healing and soul mastery.

With academic training in Education, Psychology and the healing arts, Kenji serves as a facilitator of consciousness to assist those who wish to explore their personal path of illumination and awaken to their Soul’s destiny and life purpose.

Kenji has studied with some of the leading-edge thinkers of our time, integrating spiritual psychology, medical hypnotherapy, holistic education, trans-personal counseling and the transformational healing arts into his practice in Asheville, North Carolina. He has been highly praised for his unique ability to help people understand their life’s purpose and experience their true destiny. 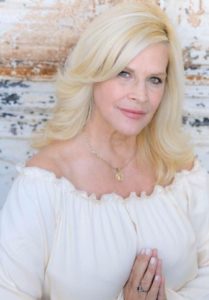 Kimberly Meredith is a world-renowned medical medium and healer. After two Near Death Experiences (NDEs), she experienced an incredible encounter with God and received miraculous healing gifts from the Holy Spirit. Through her healing mediumship and blinking eyes, she can “scan” or see into the body faster and more accurately than the fastest MRI and thermography machines, accurately detecting all manner of medical conditions. Kimberly also possesses the ability to emit healing Scalar energy even through walls, as measured by Dr. Norm Shealy during scientific testing to validate Kimberly’s abilities. She has also been tested by the PSYtek subtle energy Laboratory and at the famed IONS Institute of Noetic Sciences, founded by Apollo astronaut Edgar Mitchell. Having healed many thousands through the Holy Spirit, Kimberly Meredith bridges the gap between God and science.

She is also a frequent guest on numerous nationally-syndicated radio shows and podcasts. Kimberly has also been featured on the front covers of numerous major publications.

If you would like to book a one-on-one healing session with Kimberly, which are available both in person and over Skype for adults, children, and animals, please visit https://www.thehealingtrilogy.com