GET READY FOR AN INCREDIBLE HEALING EVENT WITH TWO OF THE WORLD’S LEADING SPIRITUAL HEALERS!

Kimberly Meredith, medical intuitive healer, is proud to be joined by remarkable special guest healer Howard Wills for this wonderful online interactive webinar! Howard is an internationally celebrated healer with a worldwide clientele that includes many celebrities. You now have the opportunity to open your life to miraculous spiritual healing and transformational wisdom awaiting you!

In this amazing collaborative webinar, you’ll witness and interact with two leading, world-renowned, highly in-demand demand spiritual healers so that you can bring improved health and increased wellbeing into your life!

Kimberly will present vital information on achieving optimal wellness. She will also lead all attendees in powerful prayer, followed by medical mediumship scans and miraculous healings through the Holy Spirit.

Howard will reveal how deeper knowledge of life and the creation realms of the unseen leads us to love, appreciation, clarity and empowerment. He will present remarkable teachings about achieving greater understanding and enhancement of important aspects of your life, including health, success, happiness, love, joy, freedom, and spiritual wellbeing, as well as discovering and unlocking your true potential, thereby improving your life by growing into deeper and fuller levels of consciousness as an awakened child of the Infinite Creator. Howard will also teach you how to free yourself from the pains, worries and burdens that you carry by using powerful prayers as “training wheels” carrying you toward enlightenment.

As Howard recites these special, powerful prayers to all attendees, Kimberly will also perform her healing and prayer work. Together, the whole class will invoke the power of the highest grid of consciousness by tapping into their Guides as Howard and Kimberly attune everyone to the blessings and gifts received by witnessing miracles through deep prayer.

We look forward to you joining us for this exciting interactive webinar that gives you unique access to two of the world’s most sought-after healers to improve the most important aspects of your life — your health, your happiness, and your wellbeing!

This is a truly special time in history and we are excited to be able to share this amazing opportunity with you! 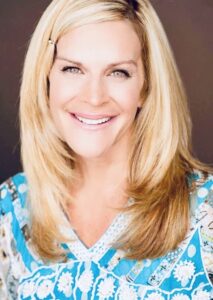 Kimberly Meredith is a Medical Intuitive, Trance Channeler, Hands-on Healer, Spiritual Teacher and Author. Blessed with a unique array of extraordinary healing and psychic abilities, Kimberly had two near death experiences just a few years ago leaving her in a wheelchair. The Doctors told her didn’t look good and after year of rehab and Putting all her faith in the Divine, she was healed. Kimberly’s healing abilities emerged and The reappearance of her blinking eyes as child appeared once again to communicate with The Holy Spirit. She is now quickly gaining recognition as one of the world’s most gifted Medical Mediumship Healers and foremost Spiritual Speakers. Kimberly channels messages through her eyes’ blinking codes as a tool of communication from God, Mother Mary, Ascended Masters, and Angels. Kimberly is often compared to Edgar Cayce, the Father of Holistic Medicine, a Medical Intuitive, and the most documented psychic of the 20th Century.Through her healing mediumship and blinking eyes, Kimberly is directed by God to perform laying-on of hands or psychic surgery. She can “scan” or see into the body faster and more accurately than the fastest MRI and thermography machines. Kimberly has healed and helped many thousands of people, removing tumors, restoring hearing, curing cancer, correcting immobility, and completely healing people of many types of physical and emotional disease through the Holy Spirit – Love. Kimberly leads miraculous worldwide healing events during which many are healed. 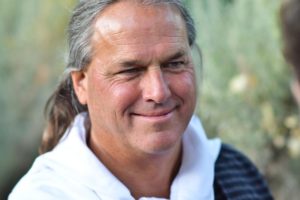 Howard Wills was born in South Carolina in 1953. When he was 20, while attending the University of South Carolina, he had a transformational experience with “The Light” that opened his perceptions and allowed him to see deeply into the nature of life and mankind. The literal secrets of what was revealed then and what’s continually unfolding, are encoded within the simple, transformative prayers he offers to the world.

For 47 years, Howard has guided people, and has witnessed many marvelous transformations – physical, mental, emotional and spiritual. His life-empowering gatherings, his private in-person and phone sessions, as well as personal and private retreats, assist people in releasing the obstacles that block them from living expansive, healthy, joy-filled lives. Personal freedom, greater love, higher consciousness and overall wellbeing are, time and again, the direct and immediate effects of these practices.

Howard has worked with people around the world, including Japan, where he wrote a best-selling book entitled, “Prayer of Life.” He is currently working on several other books, and additional videos and recordings. His prayers are utilized worldwide and are available in many languages. Howard lives with his family on the gorgeous and mystical island of Kauai, Hawaii.